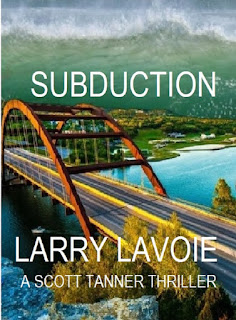 For those of us who live on the West Coast, the threat of a tsunami is very evident. If you travel along Hwy 101, you cannot go more than a mile in some areas without seeing a sign reminding you that you are entering or leaving a tsunami zone. To be prepared for such an event, is paramount. It may consist of a go-bag with a three-day supply of necessities.
To warn residents, there are tsunami warning devices reminiscent of the air raid warning sirens used on WWII. If there happens to be an earthquake that can be felt, there my be very little time for evacuation and the warning sirens may not be heard at all. In the case of a sever earthquake it is necessary to evacuate to high ground immediately.
The Cascadia Subduction Zone lies about 60 miles off the Oregon and Washington coast paralleling the two states. On January 26, 1700, there was a massive subduction earthquake that is estimated to have rivaled the 9.2 quake that happened in Alaska in 1964. With an average time of 270 years between major seismic events  the west coast could be considered past due for another major event. My new novel, Subduction is a thriller set ion the West Coast of Oregon with the threat of a subduction earthquake on the horizon. In book Five of the Scott Tanner Thriller series, Scott Tanner and David Stafford are out in the Pacific investigating a shipwreck that happens to include two sunken vessels, a submarine and a trawler that went missing near the end ow World War II. The two ships in the same debris field present a mystery to Scott and his partner. The fact that the wreck is setting on the edge of the subduction zone is not overlooked, and as the story unfolds, plays a major role as they try to unravel the mystery.
I hope you will take the time to check out this novel and others in the Scott Tanner Thriller series by clicking the link below.
http://www.larrylavoie.com
Posted by Larry LaVoie at 11:53 AM